Myths and Facts of the Unity Game Engine
Other

Unity is only for games

It’s a myth. Of course Unity has been created as a game engine, but it’s so flexible that it is successfully being used in other industries, such as architecture, medicine, and engineering. For an example, see 3RD Planet.

It is the largest online consumer event platform, showcasing the top tourist destinations in each country with Unity 3D. 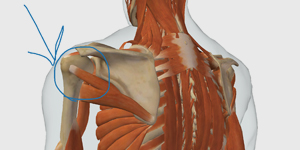 Another example is The Coherentrx Suite.

In the Unity Showcase there’s a separate category for non-game applications. Check it out yourself!

It’s a myth, but not entirely. You can download Unity for free. The free (personal) version of Unity has all the features that Unity Professional has (with some small exceptions). When your game is ready, you can publish it and make money out of it! It’s just like that! But if at one point your company exceeds a turnover of $100,000, then you are obligated to purchase the Unity Professional license. It’s not too expensive at that point, because the cost is $1500 US dollars. Sounds really cheap when compared to $100,000, doesn’t it?

The difference between free license and pro license is that in the former one mobile games and web games display a Unity logo for few seconds on startup. It’s not a big deal, but as a professional game developer you may want to get rid of it sometime in the future. Also, you aren’t allowed to use Unity editor pro skin and Cache Server.

You can only do small games with Unity

It’s a myth. The reason why there are so many small games created in Unity is that it is very indie-friendly. Unity does not constrain your game size in any way. You can create a clone of World of Warcraft if you really want to! All scenes can be loaded and merged in the run-time, so player won’t see any loading screens while playing. It’s also not true that Unity performance degrades when you have too much objects on your scene. Of course you have to optimize it in a special way. So it’s all about the experience.

One of the greatest examples of a large-scene and well-optimized Unity game is City Skylines.

Unity is worse than Unreal Engine

It’s a myth, but it really depends on what are your needs (it’s not worse in general). Unity has been always compared to Unreal Engine because the latter always had the upper hand in game development industry. Today the situation is a little different. While Unreal Engine was targeting PC and stationary consoles, Unity took its chances with mobile devices. Unreal was always about big games with stunning visuals, but this approach made it more difficult to learn and use. Unity on the other hand is based on the Mono platform. Thanks to that you can program your games using C# instead of C++ which is quite difficult to learn.

Today Unity is trying to take over the Unreal Engine market. The first steps were made by Unity 5 graphics enhancements and by the optimization of scripting backend. On GDC 2016 Unity Technologies has published a stunning real-time demo of what Unity 5.3.4 is capable of. From today it will be more and more difficult to tell the difference between Unity and Unreal Engine graphics capabilities.

You don’t need programming knowledge to use Unity

It’s a fact. It’s easier when you have at least some programming knowledge, but you can easily build a complete game without it. One of the most popular editor extensions on the Asset Store is Playmaker. Playmaker allows you to build finite-state machines that will drive your entire game logic, and it does it well! If you need a good reference, then Dreamfall Chapters is a damn good one!

Because of this fact many people may consider Unity as a toy rather than a serious tool for creating games. The truth is that Unity can be used by everyone, regardless of your skills!

You cannot spawn threads in Unity

Again, it’s a myth. Many people are confusing Unity coroutines with threads. Let’s get this straight: Coroutines have nothing to do with threads. Coroutine is only a way to delay code execution without too much effort. It’s really a great method of writing game code when some routines are needed to be executed in sequence over a time (like animations), but everything is still done in a single thread.

Yet you can create threads in Unity. You will not find too much about it in the official documentation, because there’s not much to be said. All you need to know is that Unity API is not thread safe, but it is a good thing! To learn more about how to use threads in Unity please read our article about threads.

All Unity games looks the same

It’s a myth, of course. Every developer who decides to use one game engine or another is asking himself a question how this game engine will help him and how it will constrain his ideas.  Unity is quite interesting because it’s easy to learn and hard to master. Yet if you will master it you will realize that you can do almost anything with it! You can even create your own game engine within! If you’re still wondering if Unity constrains your creativity, stop right now. It doesn’t!

You need to know that many of Unity components (like physics) can be replaced by anything you want. There’s no requirement of Unity game using components provided by Unity. This is a great deal if you have very specific needs.

Unity has a lot of bugs

It’s a fact. Since Unity 5 the developers were rushing forward with new features, but with a cost of stability. On GCD 2016 current Unity CEO John Riccitiello announced that Unity will take a road of increasing Unity releases’ quality. At the time Unity 5.3.4 has been released and Unity 5.4 entered a beta stage. Let’s hope for the best, because we all need a tool that is as stable as possible, and lately there was a serious fear of upgrading to a new release that could be heard in Unity community.