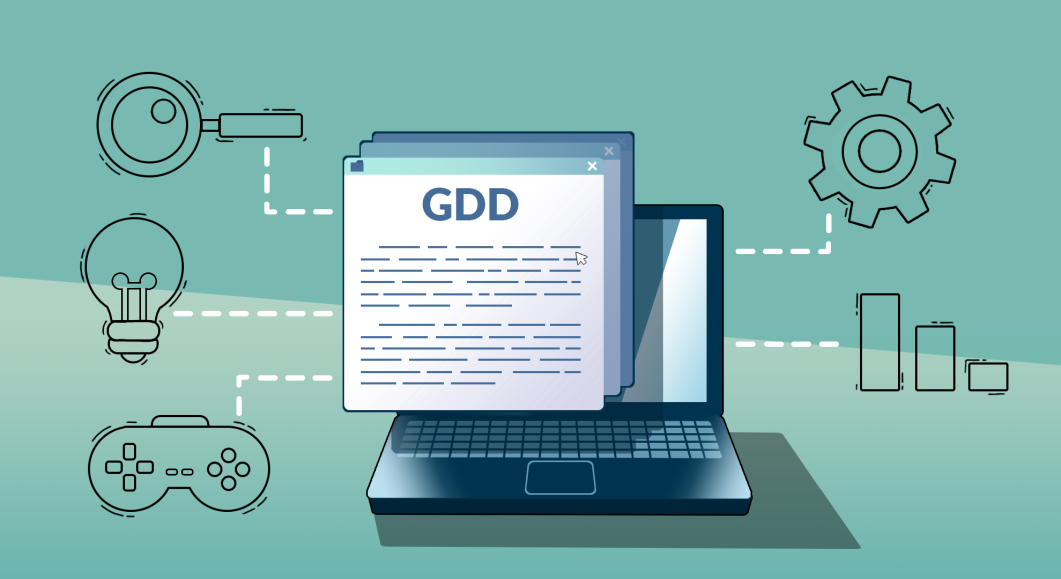 Never underestimate the power of a design document. Whether you’re working on a personal project, internal project or a commission job for a client, if you won’t have a source of information to reach for, the lack of it will eventually start to haunt you.

This post will consist of two parts. In the first one, we will list the most important reasons why you should create at least an outline of the fundamental features and mechanics you want to have your game. In the second one, we will explain how to create a basic design document on our exemplary template, that will be available for you to download at the end of the second post.

Design document in a personal project

While working on a game in your spare time and treating it as a side project, you may think that creating a design document is not a necessity. After all, in a couple of hours that you would spend on writing all the ideas down, you might be coding and make these ideas come to live instead, right? Well, not exactly.

If you decide to work on your design doc at the beginning of the project, your future self will probably thank your past self on many occasions. The most important advantage of writing at least basic features down is having a nice, organized foundation for your game. You will be able to expand it with the upcoming, more detailed ideas later. Such an approach will surely be more beneficial than designing on the go and in rush.

What may seem like an unnecessary loss of time in the beginning, will, in the end, turn out to be a time saver and a mind liberator. Even if you are working on a small game, you will have your source at hand, ready to reach out to it in the moment of doubt. You will also be able to plan your work and avoid needless decision-making. You won’t have to stop yourself while having a good flow to think about what to do next – you will have your next task waiting for you on the to-do list. Keeping everything in order will also make it easier to start the work if the motivation will not be at its peak – it will require less effort to check what has already been done and to pick a new task.

Design document in the internal project

Whether your company is financing the internal project from its account or is sponsored by the publisher, it is important to carefully manage the budget and better be safe than sorry. That’s why the design that is set-up earlier is your best friend while working on a commercial project. Nobody wants the features that are already existing (and were already been paid for) to be thrown in the bin, because the game idea is changing kaleidoscopically. When you have the basic design written down, it is easier to think twice and calm down the enthusiasm for ideas that would revolutionize your game… and probably would require to turn the code upside down.

Another reason why you should take your time to create a game design document for your internal project is the fact that you will probably work on it within a team. The chances are that the team will consist of people from different specialities of the game dev industry. These people will work on different parts of the project, at a different pace, time of the day, sometimes even in different time zones. From our experience, when such a group works on one project, even if there’s a design document, a lot of questions appear. Imagine how many of them appear if the document is not there and each person has to check the details of the work that should be done, each of them already in the middle of the task.

Questions resulting from the lack of design usually lead to delays caused by the time required to provide the answers or in the rushed solutions that might not always be the good ones. Having a reliable source of information for all people involved: developers, artists, testers, etc., of course, won’t stop all of the queries, but will surely help to keep the majority of them at bay and by that, will speed up and stabilize the development. Naturally, in most cases, it won’t be possible to create an A to Z, fully designed documentation before the project starts, but it is good to try to prepare as much information as possible in advance.

One of the most commonly occurring issues that developers working on commission encounter is the lack of proper design. You must take into account that people who reach out to the developers and want to delegate a task to them do not always come from the game industry. It is important to signify the need for documentation at the beginning of the project to the client and to not refrain from asking questions when feeling that the information needed to perform the task is not clear.

Asking many questions may seem undesirable, however, it will help to avoid the unnecessary misunderstandings between you and the client. It will also ensure the more accurate estimate of the actual costs of the project and the time needed to finish the task. If the project lacks proper design documentation, answers for such questions can be collected and put in order in the document.

A design document can serve not only a source of information during the development but also as a documentation of the requirements provided by the client which will be useful during the review of the work that has been done. It can be also be used as an attachment to the contract, to avoid any doubts that may appear at the end of the project. Sharing the documentation on the base of which the task is performed with the client guarantees that both sides are on the same page and certainly makes the communication smoother.

In this part of the post, we presented the factors that proclaim the importance of creating a design document in three types of projects: a personal project you work on “after hours”, an internal project done within the company, and a commission done for the client.

The main advantages of devoting time to preparing a game design document at the beginning of the project are: saving time, saving money and avoiding miscommunication. There are also additional positive aspects, such as less decision making, avoiding the implementation of rushed ideas and keeping all of the participants of the project up to date.

In the next part, we will show you how to create a basic game design document on the example of a template we created, which will be available for download at the end of the post.

In case of any questions, please don’t hesitate to ask – The Knights’ design team will be happy to answer all of them.